As one of the top rated retailers in customer satisfaction nine years running, Amazon doesn’t need any help in providing consumer value.

But that didn’t stop a California software developer from suggesting one fantastic idea in an open letter to their CEO, Jeff Bezos. 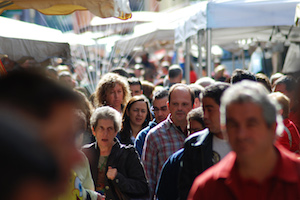 Amazon users will be able to select items and for each item, they can provide a “gifting link” which they can share with whomever they choose. On the flip side, anyone with the link can chip in. As soon as total contributions equal the current price of the item, Amazon ships the item.

We can’t help but wonder

What if some other crowdfunding conventions were included?

By putting an expiry date on the crowdfunding phase you would create gamification and encourage promotion. By not having “funders” pay if the crowdfunding fails to cover the full cost before the expiry date you would motivate action. And by providing rewards for certain thresholds of funding, users can give something back like home-baked cookies or a fast-food lunch.

There are already a few companies in the crowdfunded gifting space. Aggregift and GivTed are two examples. But these are giver initiated platforms; they are digital recreations of an existing offline activity.

The crowdfunded Amazon wishlist idea is especially interesting to us because it is recipient initiated. And it is another example of how technology has the potential to not only improve, but change the way we give.